Inns of Barrow upon Soar - The Moorings 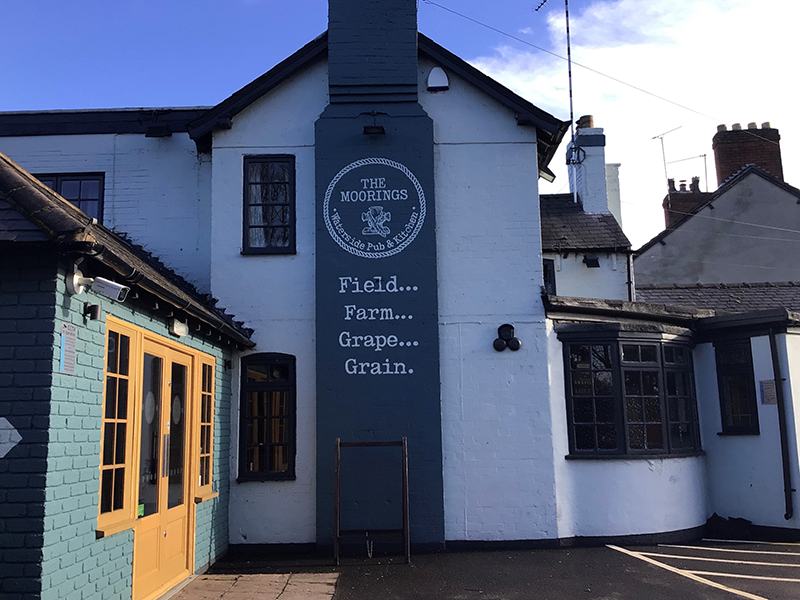 This only became a public house in the late 1970s. It started life as a coal wharf following the opening of the canal in 1794. The railway age of the late 1800s saw a rapid decline in boat haulage and the premises became a boat hire centre during the latter part of the 19th century.

In the census of 1911, The Boat House was listed as owned by Mr. Charlie Arthur Flint, age 47, an Army Pensioner. 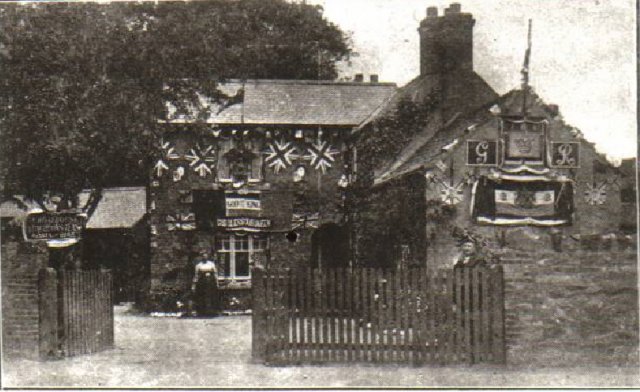 In 1914, an article in the Loughborough Echo about boating on the Soar lists the Boat House as a place where boats could be hired. 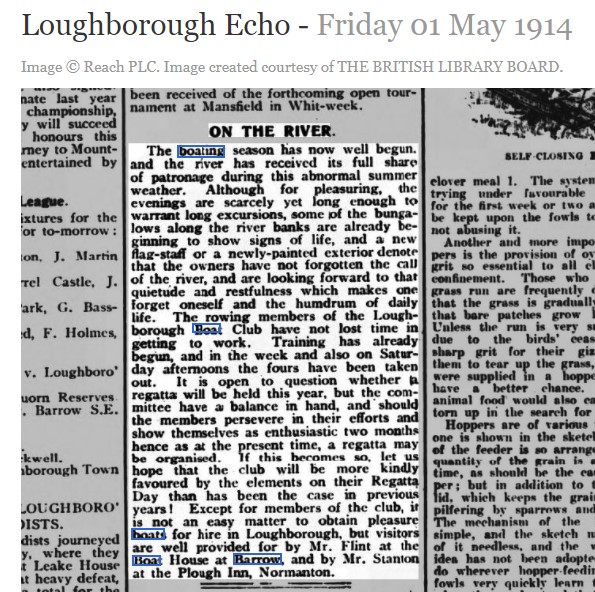 In about 1920, the Boat House changed hands and was owned by Tom Wakeham Finson until 1934 when it was put up for sale. 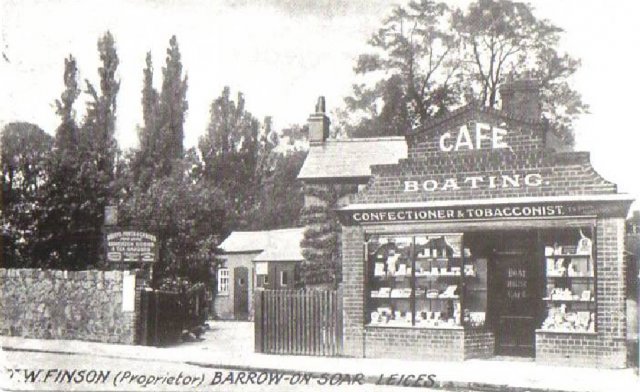 This photograph shows the newly erected boat house café in 1933. Mr Finson, the owner also had a small workshop where he built and restored rowing boats. 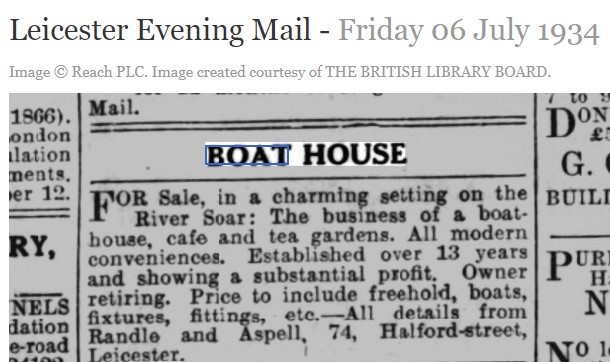 by 1937 the Boat House was in the proprietorship of Thomas Horton who is mentioned in a report about a boating tragedy. 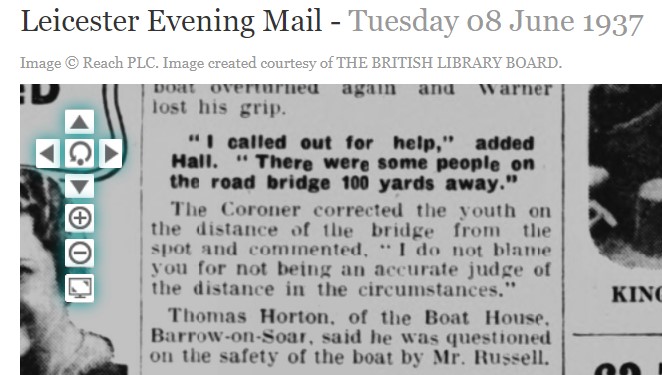 In the 1939 Register, Tom Horton is listed as Boathouse Café and Garage Proprietor. Perhaps he also ran the garage across the road.

In the late 1970s, the Boat House and Café was converted to a pub called The Riverside. 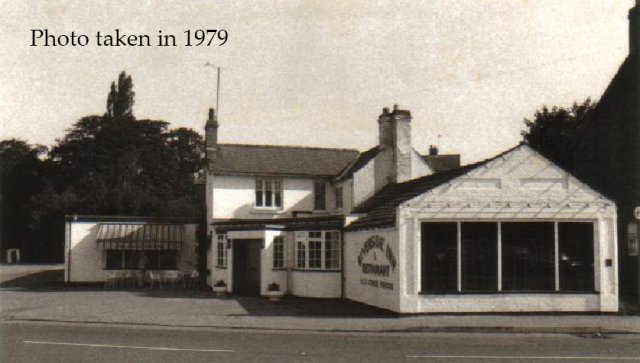 The Boathouse at Barrow

The Riverside changed its name again and became the Boathouse at Barrow when Colin Broadway took over the running of the pub in about 2005. He made full use of the pub's riverside location : there were boats for hire and an annual Dragon boat event. Colin was incidentally the husband of Sue Townsend, author of the Adrian Mole stories. 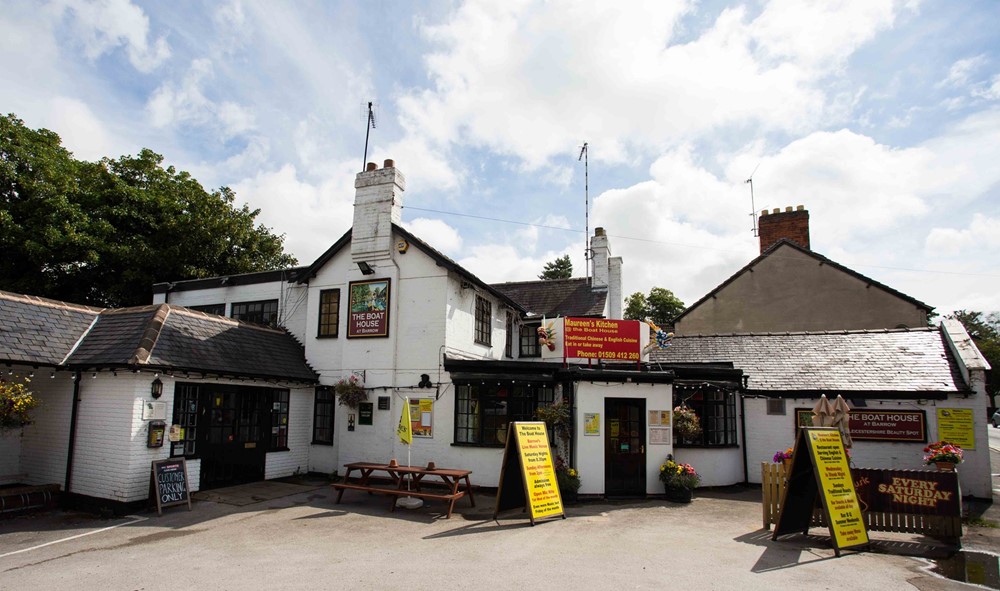 When Colin decided to retire, the pub was closed for a while but after extensive refurbishment reopened by Perky Pubs Ltd. as the Moorings in May 2019.

Thanks to David Highton of Quorn for providing images and text.