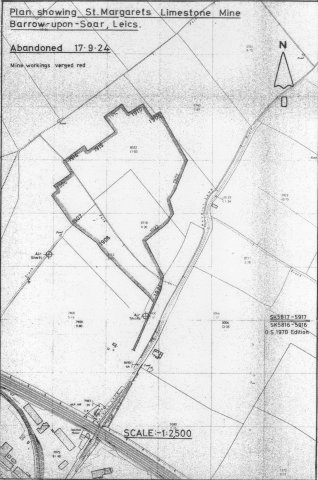 Lime is a product of the limestone quarrying industry. Gypsum is a local form of limestone which also contains calcium sulphate. Lime was usually made by "burning" limestone or gypsum in a kiln to above 825 °C, to drive off carbon dioxide and water (and in the case of gypsum, sulphur dioxide) leaving quicklime, often just called lime. In the days before cement (1930's), quicklime was the main constituent of mortar, made by mixing the quicklime with sand and water.
One of the main places where limestone is found in Leicestershire is on the East side of the Soar Valley, based on the jurassic limestone deposits which run from Barrow upon Soar to Kilby Bridge south of Leicester. The limestone industry in Barrow is the result of these deposlts.
The other area where limestone occurs in great quantity is in North West Leicestershire, where coal is also abundant, so a great deal of lime burning took place there for many centuries. Lime was also used in agriculture to sweeten the soil, and from the 17th century it was also in demand for use as a flux by smelters of lead and iron. Lime had a domestic use too. Mixed with water it becomes slaked lime, used as a whitewash on the walls of cottages and outhouses all around the country. 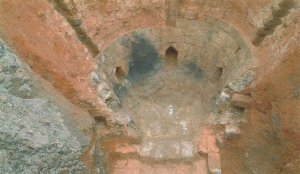 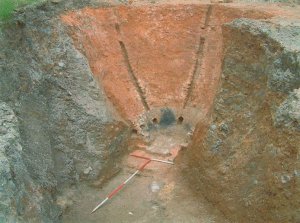