Many strata were rich in fossils including the famous Ichthyosaurus and Plesiosaurus. It is conjectured that the dealing in fossil remains may have provided as much income as the limestone itself to some of the people of Barrow in the 19th century. One of these was the well-known collector William Lee who provided the Plesiosaurus in Leicester Museum and whose work was the inspiration behind the Pleisosaurus monument at the South Street/Bridge Street traffic. island. 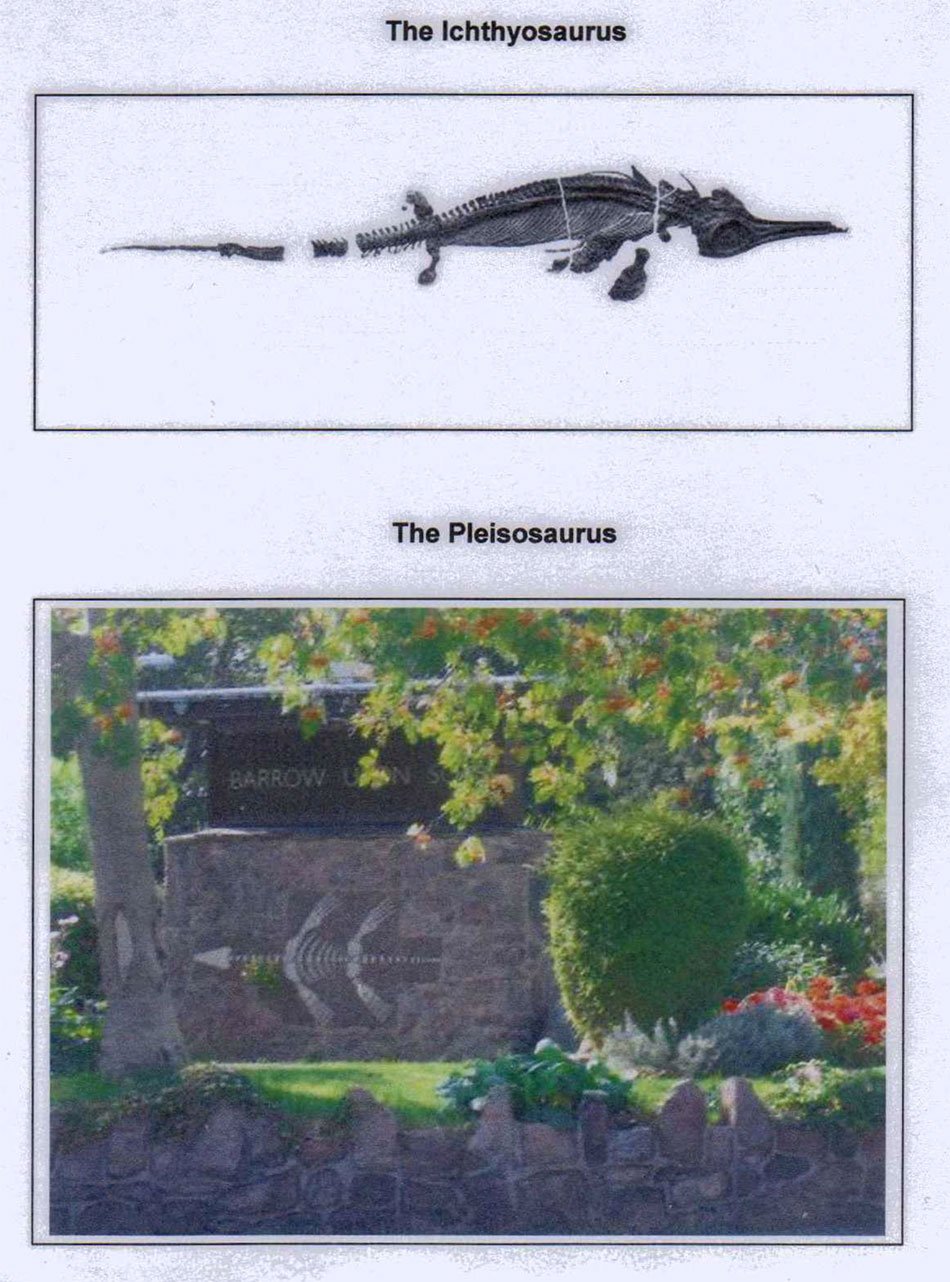