John Nichols described many aspects of Barrow in his County History (1804), including this interesting description of lime working methods, geology and potential mining areas:
••• Limestone is found with the greatest certainty under a clayey soil but occurs under all soils at a depth from 2 to 10-12 feet. It does not answer to get it where the upper floor of stone is deeper, as it costs not less than 3d. a cubic yard for digging it and bringing it out by barrow. Sometimes the upper floor then called RUMMELL is worth nothing but to build walls. Seven floors of stone have been found. There may be more, but on account of the depth, seldom more than five are got up. The floors dip towards the east so that if the ground rise that way, the increasing depth of the limestone puts an end to the getting it up. Between the floors is found a kind of slaty clay, called slaven, in other cases a fine pure clay which might perhaps be useful for pot-ware.

The slip of land dug up is called a limestone delph, it is usually four yards wide, and that width, and nine yards in length, is termed a hade. "

Generally, the working of limestone up to the mid 1800's was of the quarrying type described above. However, in the second half of the 19th century there is evidence that underground working was taking place, especially in the area between Barrow and Sileby adjoining the present British Gypsum factory. Air shafts in this area are marked on old Ordanance Survey maps, and the Barrow census records show that limestone miners as well as quarry labourers were employed in getting the lime.

The next stage of the process was burning the limestone, and kilns were usually sited as near to the quarrying as possible. However, with the progressive centralisation of the burning facilities, a system of tramways was built to connect delphs with the main lime burning areas. Two examples can be seen on old Ordnance Survey maps:

The story is told that at the Town End kilns the labourers' wives would wait outside on payday to get the wages from their menfolk before they had chance to spend it all on beer in the local pub known for obvious reasons as The Trap. In their heyday kilns were worked both night and day to meet the demand. Recently during the Willow Road housing development bottle kilns of various ages and sizes have been excavated in this area.

In a letter to Lord Shrewsbury, who was great benefactor to the building of Mt St Bernard's Abbey, Ambrose march Phillips De Lisle whose dream it was to establish a monastery in Charnwood Forest says; the proprietor of Barrow Lime (not Barrow on Trent but Barrow in Soar) has given them gratis all the lime they will want for the whole edifice; is not this glorious?. The Barrow lime is of a superior quality even to the Grace Dieu lime, which you remember you admired so much in the cottage at Longcliffe. 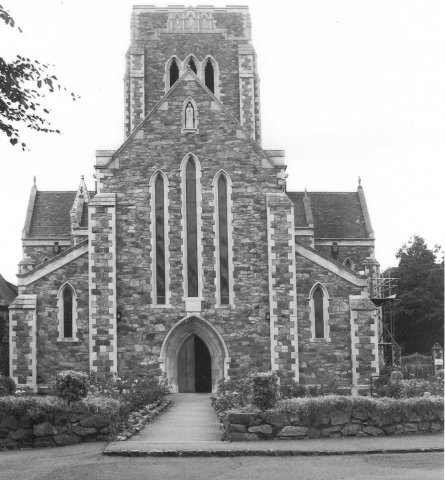