A house with a hidden history

Built as a country "retreat"by Joseph Musson between 1899 and 1905 on a number of allotment plots, this brick built house has been repeatedly extended. The 26 foot well by the back door never dries up and the roots of the evergreen "bird's hotel" tree drape down into the well, explaining why a "6 foot" tree is now well over 20 feet tall.

When it was first built the house was named Woodlands and it lay on Walton Lane. Walton Lane then became known as Nottingham Road (although a typo in one set of deeds called it Melton Road). By the 1960s,the house had become Mount Pleasant: very grand.

The 5 acres of land include one of the village delph holes where lime was dug out and burnt on site before being carted away for sale. The ground at the centre of the delph hole is about 20 feet deep at the steepest side and would have had room to build two (hidden) houses. The area is now a wild life haven.

Returning home from work down Nottingham Road, popular rumour has it that the men were likely to call in at the Trap public house, especially on pay day. This pub, just before the start of Nottingham Road, used to be called the Lime Kiln but has reverted to The Trap. Currently the pub sign shows a horse drawn vehicle; not the right kind of trap at all. 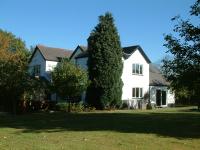 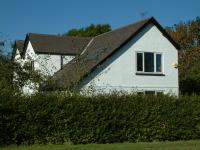 Returning home from work down Nottingham Road, popular rumour has it that the men were likely to call in at the Trap public house, especially on pay day. This pub, at the start of North Street, has sometimes been called the Lime Kiln. Currently it is called the Trap but the sign shows a horse drawn vehicle; not the right kind of trap at all. 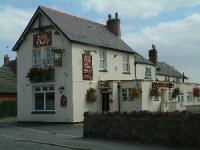 B) The Trap, North Street

The Trap public house, previously called the Lime Kiln. It got its name because the men who worked in the lime industry stopped there on their way home from work and spent their wages on beer,rather than taking the money home to their wives.

There is another story that their wives used to wait for them outside the pub and take their wages from them before they could spend them on beer, thus trapping them.