The Organisation of the Industry 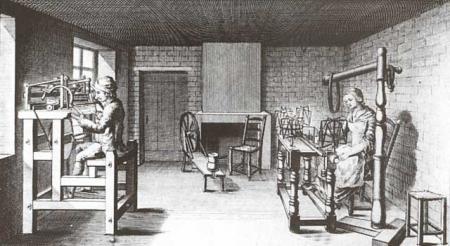 A framework knitter's workshop, from Diderot's ‘Encyclopedic' of 1763. Silk knitting developed in France after William Lee's death there in 1614. The knitter has placed his frame close to the window to obtain as much light as possible, while his wife transfers silk from hanks on to bobbins using six-sided winding reels.