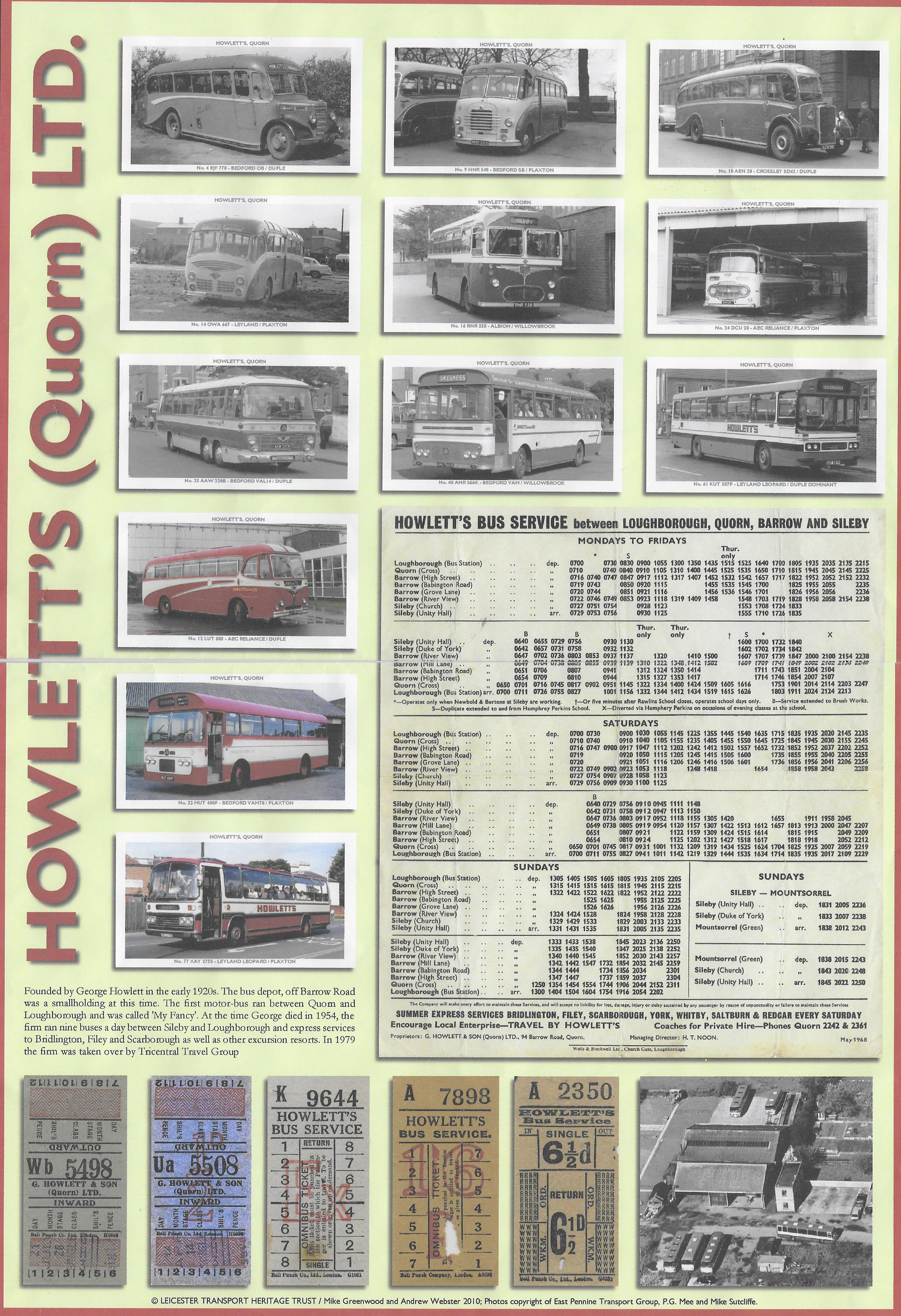 They commenced bus operations circa 1925 and operated the route between Barrow and Loughborough. The business developed over the years and the red and cream coaches and buses could be seen all over the county, and often the country. During the later years the business was owned by the Noon family and took on the long established Poles Coaches of Syston. Over 100 buses and coaches were operated until the business was sold to Tricentrol (Housden Caldwell coaches) which in time changed into Tourmaster coaches and in April 1985 60 years of operation came to an end with the closure of the depot in Barrow Rd Quorn and its subsequent sale for building land.

Mr Cook held a Road Service Licence covering a market day (Tuesday) only service from Barrow via Burton le Wolds, Wymeswold, Six Hills, Ragdale, Hoby, Asfordby, and into Melton Mowbray to include two journeys on Tuesday and to the Christmas fat stock market.

He operated a14 seater GMC purchased in June 1932 from Mrs L Green of Loughborough and sold his service to Bartons Transport.

In 1937 Mr Harris held East Midlands’s operator licence no. 148 licensing him for excursions and bus services. Nothing is known of which vehicles (if any) were operated, any further information would be welcomed.

The origins of Kinchbus go back to 1969 when Gilbert and Janet Kinch set up a taxi and minibus business in Rothley. Moving to larger and larger coaches they increased their fleet to 20 vehicles, many being true luxury coaches and with such coached winning awards at both Blackpool and Brighton coach rallies. At the advent of bus deregulation in 1985 Kinch’s went into bus services in a very big way and as such moved entirely to bus services, giving up coach services. The latest development (1998) is the sale of the ‘empire ‘to Wellglade Ltd, parent company of Trent and Barton buses.

THE MIDLAND RED: THE BIRMINGHAM AND MIDLAND MOTOR OMNIBUS CO.LTD.

The Midland Red ran several routes through Barrow including:

The Trent operated the following route which passed through Barrow: